Kia Soul are compact and very modern vehicles that have been produced since 2008, however, throughout these years we can see some changes they have brought with the model being thoroughly advanced.

If this is the car that has drawn your attention, then you should consider some of the years that you might think of avoiding.

Which are Kia Soul’s years to avoid? Which years can be considered as Kia Soul’s best years? What are the most common problems that people with Kia Soul vehicles encounter? Read further to find out all you need to know regarding this matter.

What years of Kia Soul Should You Avoid and Why?

These vehicles are known to provide you with a solid and compact performance; however, their reliability was absent for some years; bringing problems that emerged out of their engine.

This most surely appears to be a significant issue to be thought of and to be kept in mind as well. Nobody wants to end up with a vehicle model that will bring a huge disappointment and waste of money.

The 2012 Kia Soul is not the worst model when we talk about which Kia Soul years to avoid; however, it comes second on the list when it comes to complaints.

The criticism of this year’s model is mostly focused on wheel maneuvering as well as motor problems. This model being always prone to motor failure, would lead to a requirement for a motor replacement which will cost anybody a great deal of money.

There are also some other slight issues that should be considered related to this model those being some issues with this model’s exterior along with the difficulties that appear with the transmission of the car.

The failure of the motor was present in this model as well, however, this model appeared to be somewhat better than the 2012 and 2014 ones.

What could be considered an annoying issue with this Kia Soul model is the continuous clicking sound coming from the engine. The battery of this car type can be considered as a reason why the model should be avoided since it dies quickly.

This Kia Soul year model should be placed as the worst model that should be considered to be avoided because of the utmost issues that come with it. The biggest issue with this model was the weak engine.

Some think that the reason why the engine of this car failed was the consummation of a huge amount of oil because of this car’s oil pump. Another thing that made this model to be the worst was the annoying ticking sound the engine made due to low oil.

Other issues worth mentioning are the lights having to malfunction; the brake lights and the headlights failing most of the time.

Most people were hoping that after this massive engine failure of the previous Kia Soul models, the 2015’s model would come with an improved one; but no, this was not the case. That is because people could still face engine issues even with the 2015 Kia Soul car.

The 2015 Kia Soul car also faced with issues the electrical system, which prevented the car from even starting to work. But when the engine did start working, it consumed oil like nothing so it was a lose-lose situation.

The number of complaints with this year’s model did lower a bit; however, engine failure had still an association with this car.

The most annoying issue that appeared with the usage of this car was that while driving the ticking sound that came from the engine could give you constant headaches as well as the car used to shut down out of nowhere.

Which are Kia Soul’s Best Years?

What are the most common problems that people with Kia Soul vehicles encounter?

Ticking noise. Some of the Kia Soul models face this ticking noise that comes from the engine making it to be an annoying thing whenever driving.

Engine failure. The previously mentioned years of the Kia Soul have to be avoided an encounter with this issue. The complaints of the car’s shutdown come in a major number making it to be intolerable when it comes to buying.

Wheel noise. Whenever turning the wheel some of the users of the Kia Soul models are faced with a thudding noise.

This car model had a pretty good start; however, the before-mentioned years brought this company’s failure and loss of reputation during the years 2012-2016.

However, after improving the engine’s power and other needed lacking qualities the Kia Soul regained its popularity and users.

Hopefully, you got an insight on everything you need to know about the Kia Soul years you have to avoid. 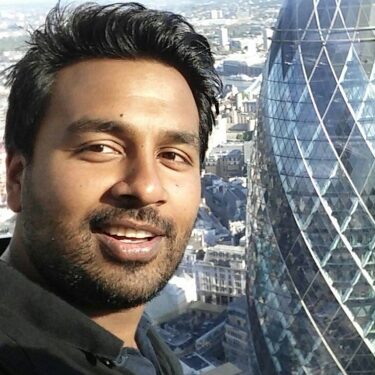