There is no one on earth who hasn’t heard about Jeep cars once in their life, and that’s only because it is one of the most famous names of car brands that know how to bring the best out of vehicles all around the world.

Jeep has brought to the market different models of cars, but I will stick to Jeep Commander!

Which Jeep Commander years to avoid? In this article, I will include every year you should avoid them as well as the reasons why! Let’s get started!

So, Jeep Commander is one of the models that the Jeep brand released in the market in 2005 and since then, it is definitely one of the most prominent models of Jeep cars one can check out in the worldwide market!

Which are Jeep Commander’s Years to Avoid? – With Reasons

Something important to mention is that in the years that these models were launched, they were indeed some of the best ones, but as every feature and everything is upgrading and improving, considering the time that we are in, these old models of Jeep Commander should be surely avoided.

Reasons Why You Should Avoid Some Years of Jeep Commander

After every definition, there is a reason why, and when it comes to avoiding a Jeep Commander of the years 2006, 2007, 2008, and 2009, you surely need to know everything that is hidden behind them!

I have gathered some complaints from many people as well as tested these cars in quite a detail, so I can give you real reasons why you should avoid this car in these years.

As you can notice, 2006 is the second year after Jeep Commander was officially launched and even though at first it was the best car to drive, there were different and considerable complaints about this car.

Those complaints include engine and transmission problems, the whole 4WD system, lack of space, and the overall quality of door handles and windows.

Even though the Jeep Commander of the year 2007 came with some very small improvements when compared to 2006, Jeep couldn’t really get rid of every issue it owned and they followed in 2007 as well.

The issues of this year’s Jeep Commander are once again the transmission and the overall engine. Also, a specific mention will be the electronic control module which doesn’t work properly and many people complained that they had to undergo different incidents as well.

The Jeep Commander of the year 2008 was a slight improvement when compared to the predecessors, but still, when it comes to the electrical part of the car, you will surely find out how hard it is for the 2008 Commander to start.

Also, the turning off was another issue that many people complain about, and I have noticed it myself too!

Last but not least, another year to avoid the Jeep Commander is 2009. Luckily enough, after the 2008 model, Jeep really did some great work on the improvements that were needed, but they came up with another issue and it was the fact that the engine would shut down even while driving.

This problem is surely a very serious one as it brought up many accidents with this car.

Is Jeep Commander Still in Production?

Unfortunately, after all the years I mentioned above, even though Jeep tried to make lots of upgrades and overall improvements in their Commander car model, they couldn’t achieve many things and after the year 2010, they stopped the whole production of this model.

It wasn’t a car that was well-received by people and Jeep lovers all around the world, which is clearly one of the main reasons why Jeep got rid of Commander after two decades of production.

Still, something good that was left of Jeep Commander is that it was a big influence on the new Jeep SUV cars that are on the market and still in production, such as the Jeep Wrangler.

As you know, Jeep is one of the most important names in the industry of cars in general, but still, Jeep Commander is still left as an untouched memory and a predecessor to many new Jeep cars!

Jeep Commander at the time it was launched was surely a car waited and loved by many Jeep fans and to be honest the first model was the best as well as the last great Commander you can check out!

As said in the article, the problems started after the second model, in the year 2006 and it led to a full “destroying” and a Jeep car model that will stay in Jeep’s memory! It is sad to think that all the issues this car had in the past brought up the stopping of production, but lucky enough it is for good.

I hope you liked what you read thus far and I hope I helped you find everything you needed to know. Good luck!

Is It Bad to Floor Your Car? Pros & Cons 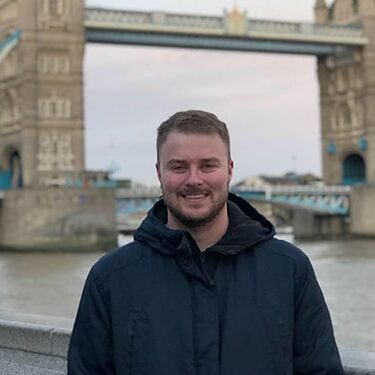