Chevy Malibu Years to Avoid & Years You Should Consider

The first appearance of the Chevy Malibu took place in 1964, giving us a vehicle with a great performance and a fair price as well. However, despite its customer admiration, the Chevy Malibu had a quite large number of complaints for some time.

For you to get provided with practicality and comfort you should consider some of the Chevy Malibu years to avoid. Read ahead to find out which are those years as well as the years that are considered to be the best of the Chevy Malibu.

The first appearance of the Chevy Malibu happened in 1964, being the first generation. As of today, we have all nine generations of this particular vehicle model, which is pretty impressive.

The model of the Chevy Malibu changed a few times until it got its nowadays mid-size sedan look. Which makes it the only sedan piece besides the Chevy Spark.

If you learn to maintain your Chevy Malibu properly it would most definitely provide you with great reliability and durability.

You should consider maintaining your car properly since the issues that might appear with your Chevy vehicle might cost you some extra money since they tend to have expensive repairs.

Which Chevy Malibu Years Should You Avoid?

Reasonably said, not every car is created the same, that is why you should keep in mind that you might encounter some cars that will bring issues with their purchase.

To prevent that from happening you should remember to avoid some of its years.

If you ever think about choosing a Chevy Malibu that takes place in the fifth generation you should consider that some of its years are not the best, including 2000,2001,2002.

These model years have brought some complaints from their customers related to steering, power failure, and struggle while turning.

As for the 2001-2002 model we can say that you might encounter with issues the engine; making the car stall while on the road and sometimes it was even unable to start.

And the 2000 model, came with malfunctioning electronics as well as lightning. The customers complained about the hazard lights and the flashing lights not working properly.

The problem that pops up with the models of this generation is that every time you tried on the steering some weird noise came out of it.

Other issues to be kept in mind related to this model are the door locks, the coolant mixing with the oil, and the fuses blowing.

Regarding the 2004 model particularly, we can say that failure of the fuel pump might occur as well as the steering wheel might sometimes lock up.

In terms of problems, concerning the seventh-generation model, it can be said that there was a huge consumption of engine oil and difficulties while using the wheel.

The loss of power didn’t lack as well, putting people in danger while driving.

To be more specific, with the model of the years 2010-2011, people might experience failure of transmission as well as possible stalling.

These severe issues in the electronics area make the 2010,2011 and 2012 years to be considered as avoided.

The Chevy Malibu didn’t learn from its previous mistakes even in the eighth generation, bringing vehicle models that lead to problems with electrical failures.

The sudden loss of power is the most common complaint from customers related to these years. This happened mainly because of the weak battery wires.

Another previous known problem that was known in the previous generations and continued in the eighth generation’s years was excessive oil consumption and trouble while steering.

To sort it out, the worst year that you should avoid in the eighth generation of the Chevy Malibu is the 2013 model year.

What can be known as a problem related to this generation’s years is the electronic throttle control of these vehicles malfunctions as well as there were severe transmission problems.

There are complaints of the vehicle showing an unneeded parking message preventing the car from being completely shut down. The light of the engine check popped unnecessarily and there were sometimes even water leaks from the car.

When it comes to the ninth generation of the Chevy Malibu, the years that you should most definitely avoid are 2016 and 2017, since most of the issues that are before mentioned come from these model years.

Which are the best years of Chevy Malibu?

The further mentioned years of the Chevy Malibu are considered the best since they bring the vehicle’s best performance and reliability. The models that offer you that are from the years: 2014,2019,2021, 2022, and 2023.

The most common compliment that this model gets is the existing economy of the fuel. There were numerous upgrades in the room the rear seat passengers being more spacious as well as a larger center console.

The most attractive features related to this model were the rear seats having the possibility to provide heat as well as an improved 8-inch touchscreen was added.

The spacious interior and the sleek design are the reasons why people love this model of the Chevy Malibu.

Logically with the improvement of technology, the latest models would be the best for reliability and comfort.

The Chevy Malibu is one of the oldest models in vehicle manufacturing, including nine generations that have improved following the variable taste of customers throughout the years.

For you to end up with a good quality vehicle that provides you with decent performance and great comfort you should keep in mind the years of this Chevy Malibu that have to be avoided.

Hopefully, this article gave you the needed information regarding this matter.

Can You Jumpstart a Car With a Bad Alternator? 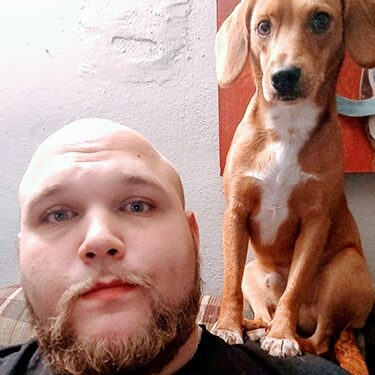 I've worked in the automotive electronics field for more than 10 years, so we can say that I know a thing or two about cars. I am responsible for testing car products and accessories on Drivecanvas.