This highly affordable vehicle was first produced in 1936; providing customers with a two-door vehicle with space for at least 5 people. The characteristic look of the Beetle supports its long-known customer likeability.

However, this vehicle model still encounters some issues in some of its generations; and it would be great if you consider avoiding them so that you will end up satisfied with your final purchase.

Read further so that you get an insight into which Volkswagen Beetle years should you avoid and some other extra pieces of information related to this model.

Which Volkswagen Beetle years should you avoid and why?

Even though this compact and very distinctive car has been admired and popular; it still produced some models that might be best if avoided. Let’s see which are the generations that include VW Beetle’s worst years.

Also Read: What Years of Buick Enclave You Must Avoid

The first generation of the VW Beetle

This generation includes some years that do not give their best vehicle performance those being: 1962 and 1972.

The body of the car in these two before mentioned vehicles gets rusted quicker than usual, and in any possible accidental hit, you might encounter a great amount of damage. Making it obvious that the model is of a low-quality design.

Another complaint that was stated by customers was that the car would not switch gears; resulting in damaged gear teeth.

The second generation of the VW Beetle

The years with the weakest performance in this generation category of Volkswagen Beetle years to avoid is the model of the years 2000 and 2004; since they are known as the worst with a huge number of complaints about the transmission of the gears and other electrical issues.

As the fuel pump appeared to malfunction most of the time, it caused the engine to stall and the fuel display to not show the correct state as it is. The second generation of the VW Beetle also faced some vibration and noise issues.

This happened because of the weak design of the vehicle itself; having low-quality body pieces, leading to unpleasant vehicle noises.

The third generation of the VW Beetle

The models of this generation came with some decent improvements with their retro design as well as adjustable fabric roofs.

The upgrade also included some technical and safety improvements however it does not mean that there are no issues regarding the years of this generation.

The models that might be prone to an issue experience are 2012-2013. They came with some issues with the engine which is a common problem with some vehicles in general.

Another complaint that was found related to these model years is that the oil waste was extraordinarily excessive.

Most common problems with VW Beetle

Issues with the engine

The engine malfunctioning is common with the VW Beetle vehicles; offering you a continuous rattle whenever on the road. The worst part is the oil leakage of these particular models and the inability to replace the damaged valves which leads to a huge vehicle issue.

The most alarming issue should be this one; when vehicles face transmission issues, they tend to not have a warning for a possible disaster because of their weakened gears.

These issues that are related to the interior are never-ending ones. The biggest problems that you might encounter with these model years are the weak air-cooling feature; it stops working even after a short period of vehicle usage.

The malfunctioning latches make the doors to be hardly managed while opening or closing, giving you a chance to get irritated whenever you use your vehicle.

Also Read: What Years of Jeep Grand Cherokee You Must Avoid

Which are the best years of the VW Beetle?

The VW Beetle having some years that should be avoided does not mean that it is the worst model in general.

This appears to be the most wanted Beetle in its history. The full metal dashboards along with the electric systems with a power of 12 volts gave this model a great outcome in the matter of performance.

This model was known for being safe from mechanical problems; providing customers with an affordable maintenance price. The safety features and the provision of a compact ride were the most likable characteristics this model provided.

The reliability and the attractive design this model came with are the reasons why the customers chose this particular VW Beetle over the others.

This model provides you with all the vehicle necessities a customer needs. It has the newest technology, an engine with great power, and an improvement of the most mentioned issues from the previous generations.

Also Read: What Years of Mini Cooper You Must Avoid

When trying to find your best choice for a VW Beetle model, you might encounter some difficulties and complications in trying to differentiate the worst years to be purchased from the best ones; however, if you follow this particular guide, you might end up with a pretty good VW Beetle choice.

Some of the Volkswagen Beetle vehicles might bring with them engine failure and transmission issues, but if you manage to keep in mind the before-mentioned years that should be avoided regarding this model, then you will be good to go. 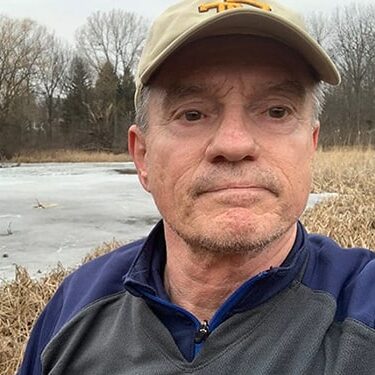 I own a few cars and a garage where I test car accessories and parts. Working in cars is one of my biggest hobbies, and it was the reason I retired much earlier than I had to. I love it!