The engine is the biggest and most complex car part in our car. It’s the most essential component, so is getting a new engine like getting a new car? Before we answer that question, let’s see what exactly the engine’s role is, look at some reasons why we’d want to swap the engine and see if it’s worth it.

Being the most essential car part, swapping the engine is a big plus if it has a fair amount of wear and tear or issues.

New, fresh engine components that haven’t been used will surely help your car and your driving experience, though there are many other car parts that would need to be replaced for the car to feel brand new. Car parts that are essential to your experience other than the engine are:

Also Read: Whether Ventilated Seats Worth It

What Is The Engine’s Role?

An engine is a machine that transforms fuel into energy. In cars, we have two main types of engines, the diesel engine, and the petrol engine.

This type of engine compresses air to a high temperature inside of its combustion chamber, that’s why it’s also called a compression-ignited system.

It then injects some diesel fuel inside it which ignites. How this works is, the engine piston works at a high rate compressing the air to a very high temperature, so that when it takes the diesel fuel through its intake valve, it combusts, and comes out through the exhaust valve.

In a spark-ignition engine, also known as a petrol engine, energy production works a bit differently. The intake valve brings in the fuel-air mixture, which is then compressed by the piston and ignited by the spark plug. It then comes out the same as on the diesel engine, through the exhaust valve.

What Are Common Engine Problems?

We may experience a variety of engine problems that make us want to swap the engine.

First and foremost, we may have deteriorated combustion parts. We’re talking about the cylinder, piston, crankshaft, rocker arm, and more.

The throttle position sensor may also be damaged, which is the part that controls the air-fuel mixture. Swapping these components can be costly, for both the component and labor.

The cooling system consists of the water pump, radiator, cooling fan, heater core, and more. Just like for the combustion parts, cooling system fixes can be expensive too.

Another engine problem may just be the mileage itself. If you have an extensive amount of miles on your engine, say 200.000 miles and over, there could be severe wear-and-tear on any of the problems we mentioned above.

Is Swapping The Engine Worth It?

If you’re swapping your engine for a bigger, more powerful one then it is up to you. You’re doing it for the fun of it, and if you have the budget, go for it. Just make sure to weigh out the risks with the reward before doing it.

If you’re swapping your engine because of a problem though, it really depends on the severity of it. There are cheaper fixes and there are costlier fixes.

A timing belt replacement or a fuel injector replacement may be some of the more expensive fixes, each costing around 1000$ or more. Having a few issues like these, combined with the usual wear-and-tear from the mileage, it may be a good idea to swap the engine.

On the other hand, the issue might be less fatal, such as an engine filter change which would cost you about 50$, this clearly is not a situation where you need to replace the engine. Another thing you should consider before swapping your engine is rebuilding it.

Engine rebuilding is a process done to maximize the efficiency of the current engine. The engine is disassembled and thoroughly cleaned, and any damaged components are fixed or replaced with new ones.

The disassembly, cleaning, and fixing processes are all risky, making this a very delicate procedure that requires a skilled mechanic.

Engine rebuilding costs less than swapping it, though a fixed engine is obviously not the same as a new one then again, it depends on the severity of your engine’s issues to determine if it’s worth it or not.

Also Read: Why Car Vibrates Between 30 And 40 MPH

Getting a new engine helps but it is not the same as getting a new car. As we said above, many other factors determine the conditions of your car, and even though your engine is the most essential one, it can’t make up if the rest of them aren’t up to par.

You should also make sure that you’re doing the engine swap at the right time, doing it too early means you haven’t used your current engine to its fullest potential.

Getting an engine swap too late on the other hand may not be the best decision since a lot of other car parts have also deteriorated, making you better off getting a new car instead of doing the expensive engine swap.

Can You Drive With A Bad Catalytic Converter? (Answered) 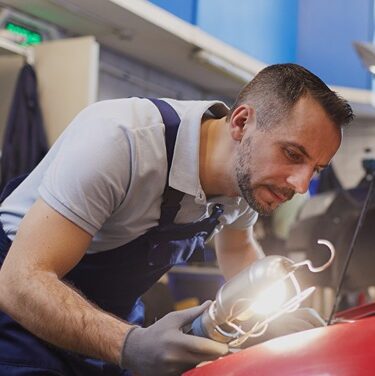