If you are considering purchasing a new car you surely want to first check out some information about it, in order to make the right purchase, even if you have the model in your mind.

In this article, I will stop at Ford Mustang! Which Mustang years to avoid? I will mention all the “dark years” Mustang has had through the decades, from the time it was launched, and also, I will cover generally the best years of this car.

Let’s get this article started so you can find everything you need to know!

A General Overview of Mustang

Mustang is a launch of the Ford brand that first started production in the year 1964. Nowadays, it is still in production and in fact, it is one of the most loved cars worldwide.

It is a muscle car in terms of type, which refers to the 2-door design and a super powerful engine that leads to perfect driving performance.

Also Read: Which Years of Honda Element to Avoid

Which Years of Mustang Should You Avoid?

What Problems do Mustangs Had Over the Years?

All the years I mentioned above have pretty similar issues that make the car avoidable such as body/paint problems, engine, electrical, transmission, fuel system, interior accessories, and drivetrain issues.

Still, the Mustang car and the models through the years have their own problems, and I will mention them specifically.

After the extreme success from 1963 to the 2000s, the first year of Mustang that you should avoid is the 2005 model. The issues found in the 2005 model are electrical, interior accessories, transmission, engine, and fuel system.

In the electrical problems, you will deal with the dashboard, the battery, and the alternator, in interior accessories there are problems such as the upholstery, the floorboards, and the radio.

When it comes to the transmission, engine, and fuel system, the issues are more serious such as difficulties with shifting gears, slipping transmission, stalling, broken spark plugs, and the gas tank being too difficult to be filled.

After the issues Mustang dealt with in 2005, everybody expects to see an improvement, but unfortunately, 2006 isn’t only a year to avoid for the Mustang car instead it is the worst in Mustang’s history and the manufacturer has suffered from hundreds of complaints.

Overall issues include the same problems as in 2005, but here in the 2006 model, you will also deal with extremely bad body paint! As I have noticed myself, the paint bubbles, there is rusting, peeling, and also, something serious I have noticed is that water goes into the interior part of the car!

Once again, in the following year, which is 2007, the body paint problems were in extreme form and there was the paint bubble.

Still, something worth mentioning in the 2007 model is that Ford has learned the lesson because the transmission, fuel system, and engine problems are completely gone and you can drive it safely.

The main and most important problem I have noticed in the 2011 model of Ford Mustang is the transmission and the body paint problems, yes, once again!

Still, as the transmission is one of the most important things in a car, whenever you drive the 2011 model you will find out that it doesn’t go into the 1st, 5th, and 6th gear in any form. Even though rarely, I have noticed that the car struggles when it goes to the 2nd gear as well.

After some time, here goes the 2016 Mustang car which comes with extreme drivetrain problems with extreme vibrations on any road!

The motion seems weird and the vibrations kind of block you from having a comfortable ride with Mustang which is one of the most important features to check in a car and it seems like the 2016 Mustang isn’t the best one to choose.

All the years between 2011 and 2016 (even though not mentioned) have very bad body paint and you will encounter this problem in all of them just like the 2006 Mustang with bubbles and water leakage.

Also Read: Which Years of Volkswagen Beetle to Avoid

Which are the Best Years of Mustang?

After finding out the worst years of the Mustang car, mentioning the best years is kind of a relief for both me and you!

All the best years of Mustang I mentioned above tell that you can purchase any of them and I am sure that you will be super-satisfied with them!

Something specific you should know about the best years is that they don’t even own the body paint problems, which is a massive disadvantage in many Mustang models.

Also Read: Which Years of Kia Soul to Avoid

After everything is said and done, here we are at the end of today’s article!

So, you know now that Mustang is one of the most reliable muscle cars that many people love, but still, there were a few issues this car has dealt with through the years until they were able to bring us a perfect Mustang.

Can I Sleep in My Car With The AC Running? 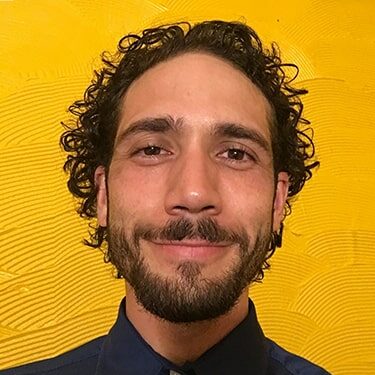 I've been working as a driving instructor for the past 10 years in Frankfurt, Germany. I love giving driving lessons, because cars are definitely one of my biggest passions. I own a BMW 7 series & an E-Class. I'm a German after all!