Ford Focus Years To Avoid (And Why)

This fair-priced hatchback has been a best-seller for some time due to the fact that most drivers have purchased it as their first car. Similar to any other car, the Ford Focus has had many best and worst years.

If you manage to stay away from some of the years that I will unveil in this article, then you will most definitely end up with a Ford Focus that will serve its purpose and last for quite some time.

Continue reading to find out which are the Ford Focus years that you should avoid along with some extra information.

Ford Focus is known as a car that brings compactness and a spacious interior which has existed on the market since the 1990s. This vehicle also provides its users with good fuel economy and a broad area of accessible choices.

Nevertheless, Ford Focus has also some probable downfalls that have to be kept in mind before making your purchase. What can be worth mentioning related to this matter is that these vehicles can be noisy while driving them for long trips.

Other complaints have appeared associated with the engine and electrical issues as well as reliability problems. Other than that, with these downfalls aside, this vehicle model has stable and worthy performance.

Also Read: Which Years Of A Mustang You Should Avoid?

Which Years of the Ford Focus Should You Avoid?

You might face difficulties when trying to find your best choice of Ford Focus; however, if you manage to get some knowledge for some of the years you should avoid with this brand then you might get what you need more efficiently.

This model year seems like a budget-friendly and practical vehicle choice; however, if we dive deeper then we might notice some issues that come with it.

The main complaint that surrounds this model year is the malfunctioning alternator that has the habit of dying quicker than expected. With this happening, some of the electrical elements could be affected without caution.

Another issue related to this Ford Focus is that the engine could overheat often which led to power loss and the fuel economy decreasing. The brakes tended to tear forcing you to replace them more often than you expect.

Even with good quality brakes, your car could end up with a brake tear which leads to excessive money waste.

What can be considered as an upgrade from the previous model year related to the 2008 model year is the alternator being fixed and there were no transmission issues. However, there were some concerns linked to the suspension.

Alignment issues didn’t lack as well; customers complained about an annoying noise that came from the tires, which even after a repair the noise could come back after a short time.

Another downfall worth mentioning is the cheap design that led to painting peel and chip; making the car paint fade gradually. Door locks also could get stuck in a locked setting from cold weather; giving you a hard time opening them in times of need.

Quite a few complaints regarding transmission and brake issues have been related to this model year. The most dangerous issue that happened with this particular model year is loss of steering power which could happen without warnings while driving.

Additionally, many Ford Focus 2012 owners have faced engine stalls and gear shifts. These issues are stated to have continued even after repairs were made. For these reasons, this model year is noted as the least reliable car offered.

A huge number of accidents have happened due to the malfunctioning steering system of this model year. The steering power could die while on the road, putting people’s lives at risk without any warning.

On top of that, door latches would break on both of the car sides; once you open the door and the latch breaks you cannot close it anymore. Some customers complained that the door could open while driving, expanding the possibility of risks.

These reasons were enough for people to categorize this Ford Focus as dangerous and unreliable. You should keep in mind what issues this model year brings to you.

The Ford Focus 2015 has been related to engine issues and transmission problems; leading to difficulties while starting up the car, especially during cold weather conditions.

What was a common issue with this model year was the unexpected lurch and irregular shift. These issues made the owners feel stressed and uncomfortable while driving. The costly repairs weren’t an answer since the issues could reappear again.

Also Read: Which Years Of A Acura RDX You Should Avoid?

Which are the best years of Ford Focus?

Ford Focus is a great car in bringing affordability and reliability to its customers. The latest years of this model have brought us some upgrades related to its design and some useful extras.

The best year of the For Focus vehicle is known to be the 2018 model year; since it brought great iteration and reliability. The transmission and some other before-mentioned problems didn’t exist with this Ford Focus.

For this reason, this model year is chosen as the best out there regarding this matter.

Also Read: Which Years Of A Toyota RAV4 You Should Avoid?

Ford Focus is a great sporty hatchback that comes with a fair price on the market; however, some of its years might be better if avoided. That happens because of the issues they bring putting someone’s life at risk.

What was even worst, customers claimed that even after a vehicle repair you could be left with your money being wasted, hence the issues could return.

If you act in accordance with this guideline and avoid the years above, you will end up with a decent Ford Focus. Hopefully, this article helped you in getting an insight into Ford

Michelin Vs. Hankook: What’s The Difference? 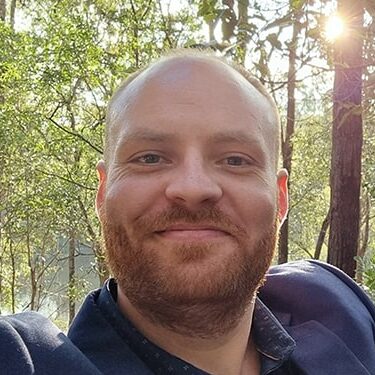