Ford Expedition is definitely one of the best cars ever launched by the Ford brand and it is an SUV car loved and used by many people, especially these past five years.

Ford Expedition was first launched in 1996, and the brand continuously brought this model through the years.

Yet again, the success is never the same, as there are a few years to be mentioned and the ones that are known as Ford Expedition’s years to avoid! Stick until the end of this article to find out everything you need to know!

Which Ford Expedition Years You Should Avoid?

Even though Ford Expedition is known as one of the best launches from the Ford brand, there is no doubt that there are a few things you should have in mind, more exactly said, some years that Ford wasn’t launching the best Expedition models.

All these years combined bring out the same issues and I will talk more specifically about them below.

So, now that you know the years in which Ford wasn’t doing the best job with their Expedition models, I want to share with you some of the most common issues these cars have had through those years.

The overall engine problems were surely some of the biggest issues a car from Ford could have, and it included mostly the early models of 1999 and 2000.

Some people list these two cars as Ford’s major downfall as they lead to different accidents and a complete shutdown of the cars.

Also, besides the two models I mentioned above, there was the 2005 and 2006 Ford Expedition which suffered from these issues as well.

The transmission is one of the most important things in a car it is known as the gearbox of the whole vehicle and it transmits power from the engine to the wheels.

The Ford Expedition models that come from the years 2003, 2004, 2005, and 2006 have massive transmission problems and these models are definitely the ones that you should avoid immediately.

Another super common problem that many Ford Expedition owners dealt with is the whole brake system!

The model that made people suffer more about the brakes is the 2006 Ford Expedition, as some complaints include the fact that the pedal went to the floor, and it has become a serious issue to deal with.

However, lucky enough, besides the 2006 Ford Expedition, the other ones didn’t have this issue going around.

We all hate when our cars vibrate when idling, but it is known to be somehow normal and we don’t really doubt anything.

However, when it comes to vibrating while driving, things do get serious, and many complaints show that the Ford Expedition car of the years 1999, 2000, 2003, and 2004 vibrates a little bit, leaving the drivers quite scared.

The cooling and heating systems in almost all Ford Expedition models are really some problematic things that many people have dealt with and complained about.

Sometimes, you will notice the Ford Expedition being too hot and too cold, not being able to find the proper AC and Heater.

Interestingly enough, some people have complained about the 2003, 2004, and 2005 Ford Expedition, especially about the body paint these models have, and how quickly it gets weird in form of bubbles.

It mostly happens when you wash your car, as the paint doesn’t really like moisture.

All the issues I mentioned above are known to be commonly found in the Ford Expedition car, of course, in the years that you should avoid.

Yet again, Ford Expedition has amazing years to check out, and by the way, they are still purchased nowadays as some of the most amazing types of cars you can find.

Ford is surely a name that has been around the world for many years now, but if you read the article carefully, you have noticed that this brand has struggled a little bit in some years.

There is no doubt that they wanted only improvements, but just like every other car, there are dark years for Ford Expedition as well.

I hope you liked what you read thus far and I hope you found everything you needed to know about the “bad years” of the Ford Expedition! Good luck! 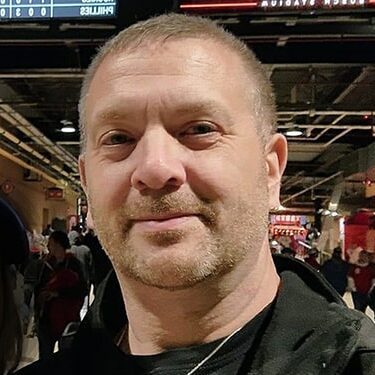 I've owned more than 25 different trucks & cars during my lifetime. I can say that I love vehicles more than anything in my life. I also work at a local car dealership, so i get to experience new cars every day!